Profilers rely on evidence to create psychological evaluations of suspects. Aside from using forensic reports and blood tests to analyze data, detectives often look for other factors, such as the choice of victim, the state of the scene, the time, and the manner in which the crime was committed, in order to develop theories about the physical characteristics and psychological motives of suspects. Profilers identify patterns and signatures in information collected during investigations that correspond to specific crimes, such as robbery. 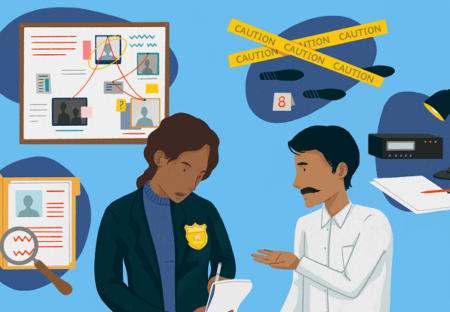 Offender profiling, also known as criminal profiling, is an investigative strategy used by law enforcement agencies to identify likely suspects and used by investigators to link cases committed by the same offender. In the prosecution phase, profilers act as expert witnesses in court, linking crimes based on forensic evidence and connecting the alleged perpetrators of a series of crimes. This criminal investigative approach is used in prosecutions by FBI’s Behavioral Analysis Unit (BAU).

Offender profiling became a focus of FBI in the 1970s and within a decade it became a common tool for investigating and solving crimes. In the 1980s, most researchers believed that offender profiling was most informative in sex crimes (sexual rape and sexual homicide), but in the late 1990s, research was published supporting its application to homicide (1998), terrorism (2000), and burglary (2017). Psychological profiling describes a method of identifying suspects that aims to identify a person’s mental, emotional, and personal characteristics based on what happens after they leave a crime scene. 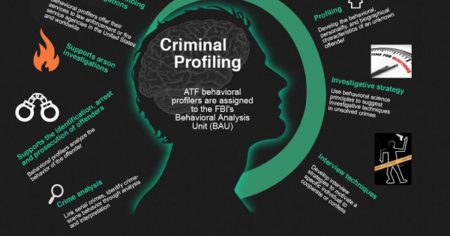 Criminal profiling is an investigative profession that assists law enforcement and government agencies in tracking unknown offenders. A criminal background in forensic or investigative psychology gives them the ability to identify the personality traits and characteristics of criminals based on crime scene evidence. FBI criminal profilers and criminal investigators are the most common jobs for profilers.

In the 1970s, the FBI began developing a criminal profiling system based on interviews with 36 notorious, violent, and incarcerated criminals, including Ted Bundy and John Wayne Gacy. The FBI developed a six-step profiling process that compiled telltale signs of a killer’s signature at a given crime scene-behaviors that, according to the FBI, revealed the offender’s unique personality. Research from FBI revealed several characteristics attributed to successful crime analysts and crime profilers.

Criminal profilers work with FBI to provide interrogation and questioning techniques, determine probable cause for search warrants, and provide expert testimony. They are supported by their counterparts in the ATF’s National Response Team, which travels the country for high-profile cases, including the Boston Marathon bombings, the Austin bombing series and the Missouri church bombings. Mary Ellen O’Toole, a former FBI profiler, says experts examine the crime scene and draw conclusions about how much planning was involved in the crime, whether it was an opportunistic crime or a targeted attack, how sophisticated the perpetrator was, how clean the forensic evidence was, whether the injury patterns showed signs of sexual sadism and how those conclusions help paint a picture of the perpetrator. 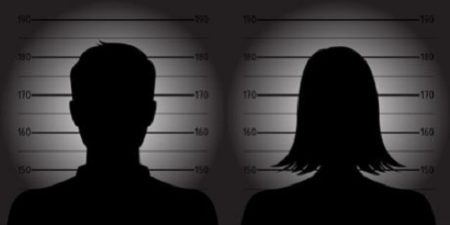 Much of this work is by applied psychologist David Canterbury, PhD, who founded the field of investigative psychology in the early 1990s and now heads the Center for Investigative Psychology at the College of Liverpool. The field, he says, encompasses many areas of psychology that contribute to research, including profiling. Our student teachers analyze crime scenes from the perspective of behavioral analysts.

In the movie The Silence of the Lambs and the television series Criminal Minds, FBI profilers piece together telltale clues into an accurate picture of a twisted and dangerous mind. The goal of investigative psychology is to determine the characteristics of criminals based on criminal behavior and crimes. Iave pointed out that the idea of criminal profiling is driven in part by the idea that you can never guarantee that a serial offender will have a consistent modus operandi.

Mindhunters is based in part on the writings of bestselling author Mark Olshaker and legendary profiler FBI John Douglas. Douglas was one of several FBI pioneers, along with the late Robert Ressler and Roy Hazelwood, who invented computerized offender profiling in the 1980s. Behavior beyond MO refers to the things an offender is compelled to do and needs to do in order to commit a crime, and is referred to in the profiling world as signature behavior. 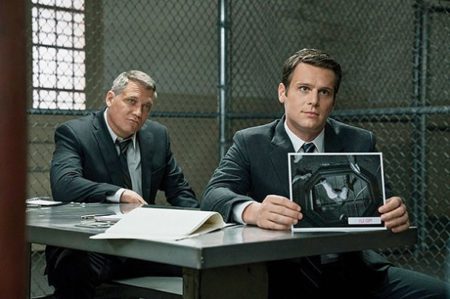 In 2010, we published a critical review of the legendary FBI profiler John Douglas’s book about his role in hunting down, restraining, torturing, and killing BTC serial killers in Wichita, Kansas (Douglas’Dodd, 2007 ). Our article critiques the role of embedded profiling experts like Douglas who use emotional aspects of cases to profile active offenders in serial murder investigations. Profiling, or criminal analysis as FBI calls it, is concerned with the investigation of crimes in the hope of identifying the unknown perpetrator(s) based on crime scene analysis, forensic psychology, and behavioral science.

In the cases of the bound, tortured, and killed BTK serial killers, investigators had a rich collection of clues, direct correspondence with crime scene details and body descriptions for 30 years, and access to FBI expertise derived from ongoing serial murder investigations. Our central contention is that such profiling, as Douglas and Dodd (2007) claim, which delves deep into the “tangled minds” of murderers, is not scientific psychology, and we question whether there is empirical evidence for its claimed usefulness. 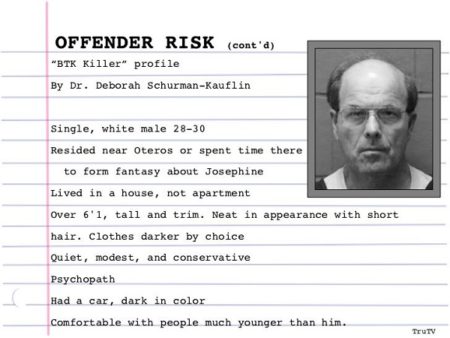